I didn’t think I was ready to even entertain the idea of a new puppy. But my mom felt a new dog was just what Ethan needed. You see, Ethan and Willie were very bust buddies. The days after Willie died, Ethan’s heart was broken. He couldn’t bear to go in the backyard, too many reminders of Willie were lingering back there for his tender little (broken) heart handle.

I wasn’t ready for another puppy, but I was overcome with sadness for my son, so I agreed to let my mother find a puppy for our grieving family. It just so happened shortly after this conversation with my mother, a friend of the family mentioned that she was getting a puppy from a woman whose lab had puppies, TOO many puppies (I believe it was 13 puppies? Nuts.) She invited me to come with her if I was interested in getting a puppy. Perfect timing.

“Pick the biggest puppy.” My husband said as I walked out the door.

I found the biggest puppy and he was the cutest thing I had ever seen. I picked him up and instantly fell in love. 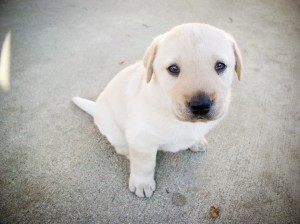 I brought the little guy home and Ethan was smitten.

“What do you want to name him?” I asked.

“I want to name him Bandit, because he has stole my heart.” 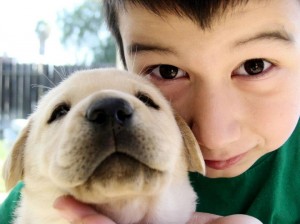 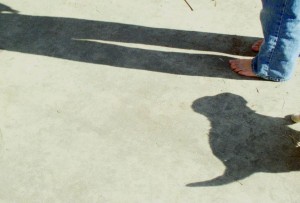 It was a rough few weeks for me. Bandit was very young and so he was very needy. I slept with him every night on the couch for the first week. I would get up to take him potty and to pet him when he would cry. And OHMYGOD, how he would cry. Sometimes? I’d cry because it was just like having a newborn baby all over again. But man, I would do anything for my children’s happiness and dammit, I loved that puppy. 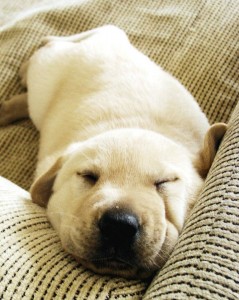 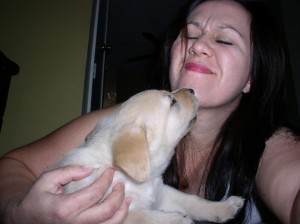 Bandit grew up to be a huge dog. He was so large and weighed so much, he could knock you on your butt. When he’d come running towards you, you would have to brace yourself, plant your feet firmly in the ground and hope for the best. But that dog was so amazing, he would never run towards the little kids. He would always approach them gently. I loved that about him. 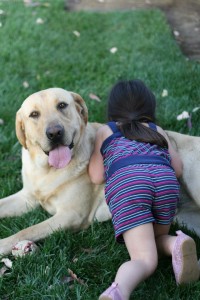 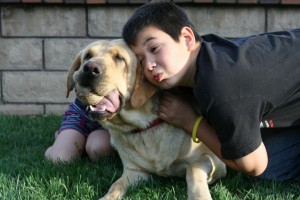 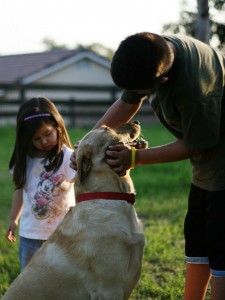 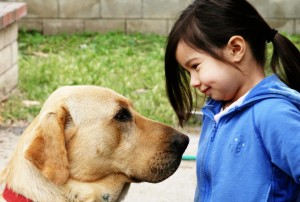 A few weeks ago, we knew something was wrong with Bandit. There was a growth on his nose. Then, we heard that one of his brothers had cancer. When I heard that, my heart sank. I knew the news wouldn’t be good for Bandit.

Our fears were confirmed by the vet. Cancer. Nothing they could do.

We had to have him put to sleep.

I didn’t go with Tony the night we put him to sleep. I couldn’t bear it. I just couldn’t. But when I got the call that it was over, that he was gone. I just lost it.

It was a sad night for our family. And it was especially sad for his best buddy, our other lab, Luke. He howled for hours the morning after and still to this day, he’ll run to the gate on the side yard and cry. It’s awful.

Bandit was only 6 years old. Seems so unfair he had such a short life. But I am grateful we had him in our lives for those 6 years. He was such a funny, loving, loyal, pretty dog. I’ll miss him forever. We all will. 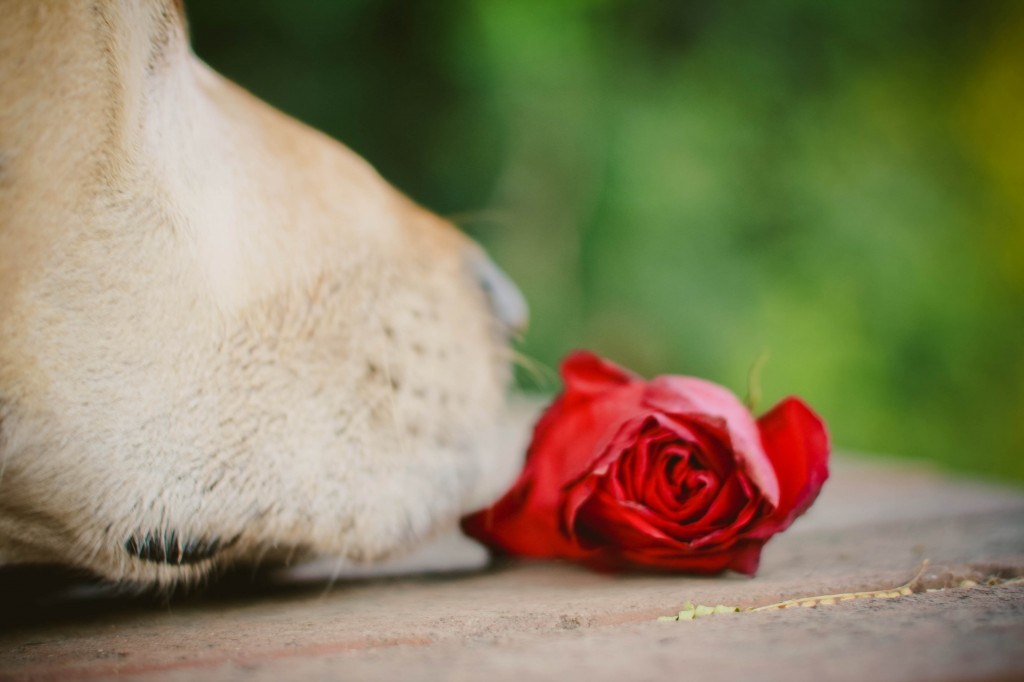