One of the biggest concerns I had when I found out Andrew would be leaving for boot camp was how it would affect his brother and sister. I talked to both of them before they left. Ethan said he would miss him and that it would feel “weird” not having him around, Gabby said it was going to be sad.

When we said our goodbyes last Tuesday (can’t believe it’s already been a week!) I wasn’t sure how Ethan and Gabby would react. Would they cry? Would they be upset? I was prepared to soothe a couple of broken hearts. However, neither one of them cried. They both hugged their brother tightly, told them they would miss him and then smiled and joked around like they always do.

It will hit them later, I thought to myself. 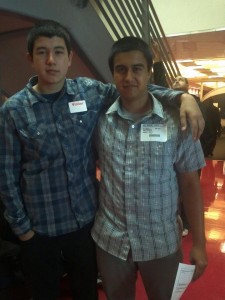 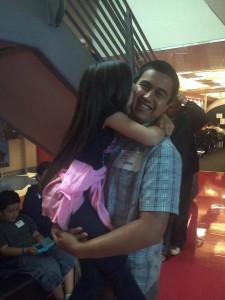 But things changed once we were home and it was time for bed.

“I miss Andrew.” Gabby said as I tucked her into her bed.

“I miss him too.” I responded, while placing her favorite blanket on top of her chest.

We prayed for Andrew, I kissed her goodnight and walked out of her room. A few minutes later, I could hear her crying. I walked into her room. Her face was down, pressed against her pillow. She was trying to mute the sound of her cry. I walked over to her bed and asked her to scoot over so I could lay down next to her. I wrapped my arms tightly around her.

“Mommy, I miss him so much it hurts my heart.”

I told her it was okay to cry, I told her not to hold back, to cry as much and as hard and as loud as she needed to cry. And she did.

I just held her close and cried along with her because what else could I do? From the moment this girl was born, her brother has loved, adored and cared for her. He is patient with her, even when she’s being bratty. He’s never been too busy to spend time with her, whether it be playing games or playing the guitar for her so she can sing her favorite Adele songs. They are as close as a brother and sister with such a huge age gap (11 years) could possibly be. Their relationship has always warmed my heart. 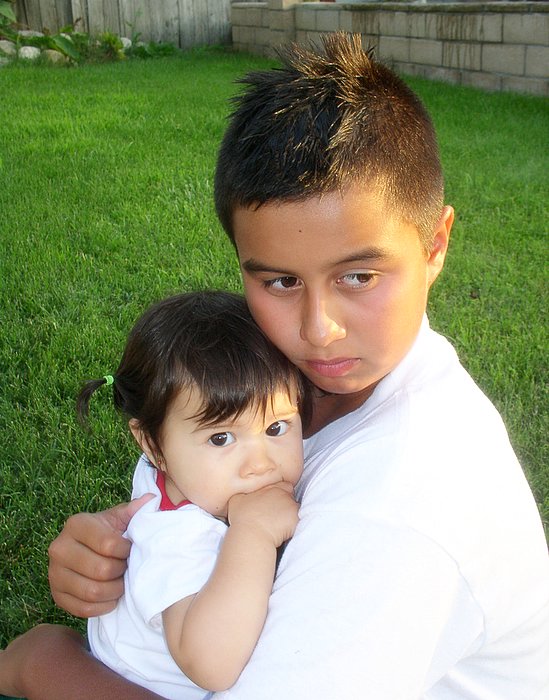 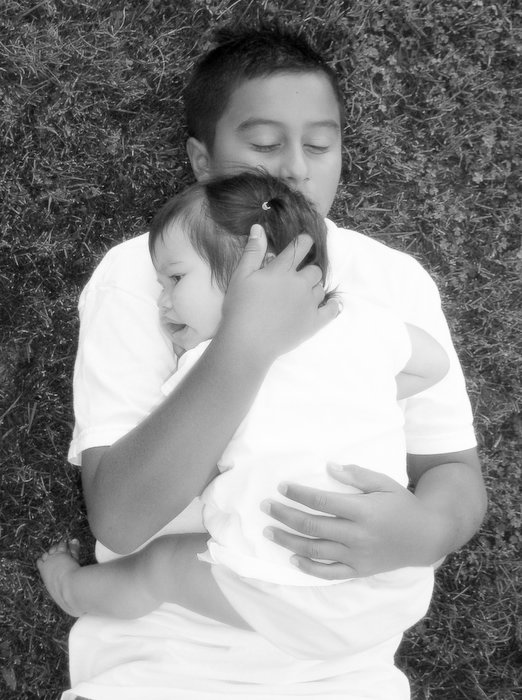 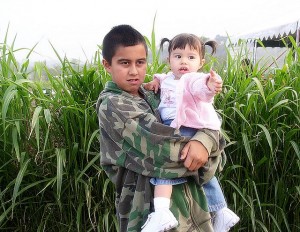 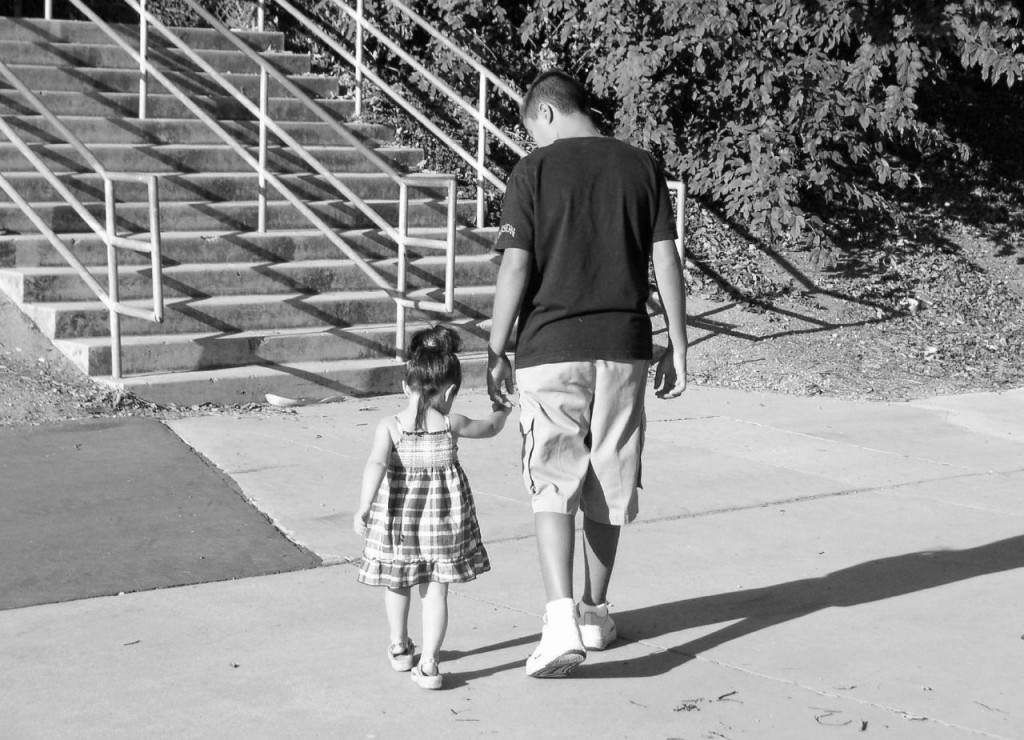 We stayed there in her bed with her until the crying stopped. After she had calmed down a bit, we had a long conversation. I told her that her brother is strong and brave and that he is doing something amazing with his life. I explained that, while it’s okay to be sad and to miss him, she should also be proud and excited for him. Together, we came up with an idea. We’re going to buy a jar and put little strips of paper next to the jar. Anytime we miss him or feel sad, we’ll write a message of love and support for him and put it in the jar. When he returns home, she will present the jar to him so he can read all of our messages. He will know how dearly he is loved and how proud we are of him. I also told her that I would take her to buy paper, envelopes and new pens so that she could write him a notes whenever she wants to. I told her the minute we get that postcard with his address, we’ll start sending the letters. By the time our conversation was over, she was peaceful and excited to start writing messages to her brother.

The next day, we went to Target to get her the things I promised. As soon as we got home, she wrote her first letter. 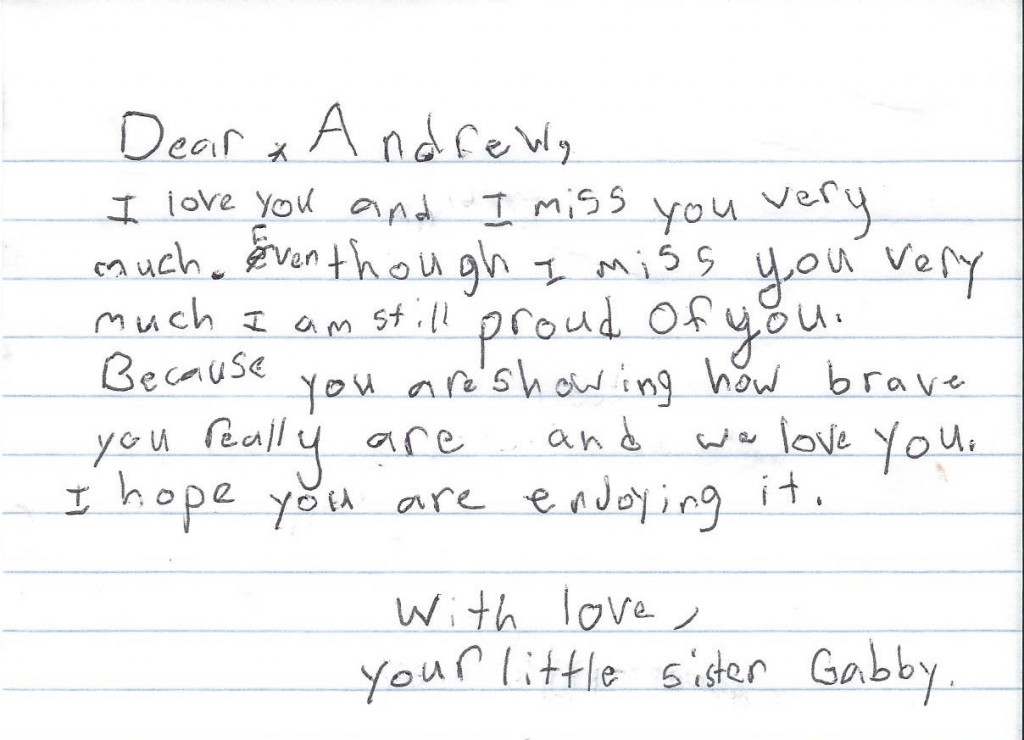 We still have not received the postcard containing his mailing address. The first thing that Gabby does every day when she gets home from school is run to the mailbox to check for it. 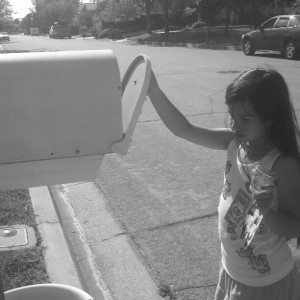 I hope today is the day she finds his letter there inside that mailbox.

It arrived. She couldn’t be happier. 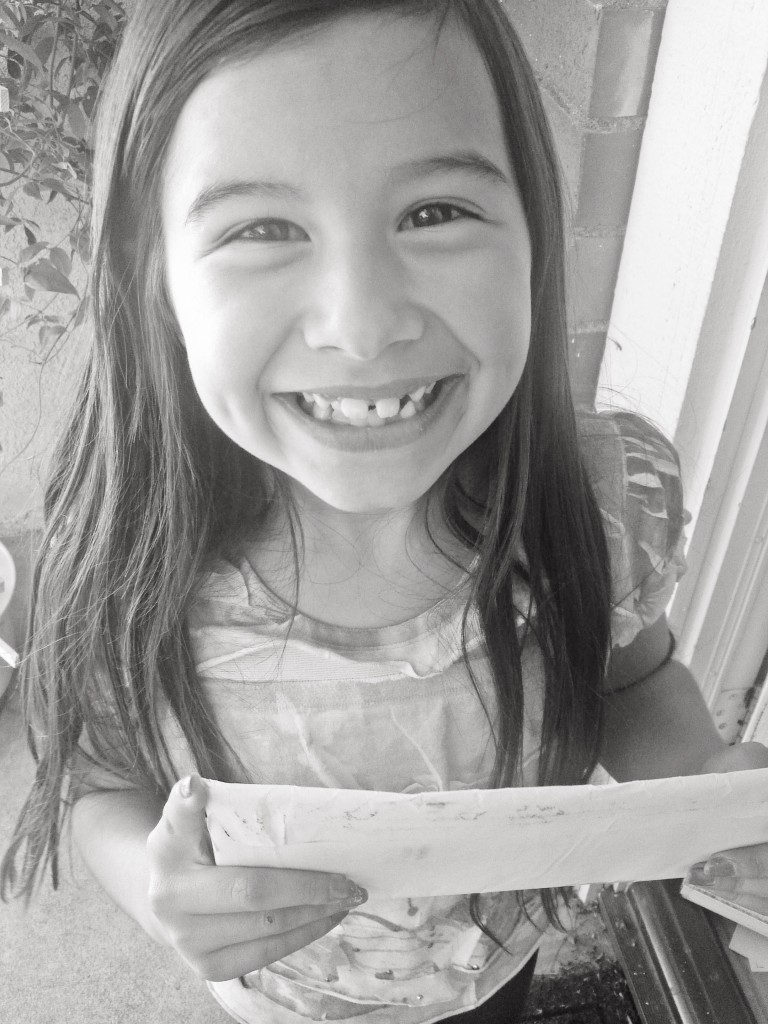