At the beginning of this school year, Gabby’s teacher mentioned to us that she had to move Gabby to the front of the classroom because she was having trouble seeing the board. This was news to me as my daughter had never complained about having trouble seeing things. I asked Gabby about it and she told me that yes, she wasn’t able to see the board if she was sitting in the back of the classroom. We immediately made her an appointment to have her eyes examined.

Her appointment was on the day before Halloween. When she sat down in the chair, the doctor asked her to read the chart. The letters were large to start and she was able to correctly identify each one. But as the letter got smaller, it became painfully obvious that my daughter was kind of blind.

The letters on the chart:

What my daughter would say:

I had no idea her eyesight was that bad! How did I miss that? What kind of a mother am I?

I leaned over to my husband and said “I think I’m going to cry. How did we not know she couldn’t see properly?”

She was diagnosed as near sighted, with 20/100 vision in both eyes. I have never felt like a bigger jerk of a parent in my entire life.

The idea of having to wear glasses during class to see the board was not something Gabby was happy about. “Glasses are ugly and they will make me look weird!” But once she saw that there were such things as pink princess glasses, she warmed up to the idea of having to wear them. “Fine. I’ll get these.” She said as she looked at herself in the mirror with the pink princess glasses.

We picked the glasses up last Friday and you guys? Seeing my daughter sitting on the sofa wearing her pink glasses is THE CUTEST, MOST PRECIOUS THING IN MY LIFE RIGHT NOW. I still feel like a jerk for not realizing my daughter couldn’t see correctly, but I feel somewhat better knowing we finally were able to help correct the problem. 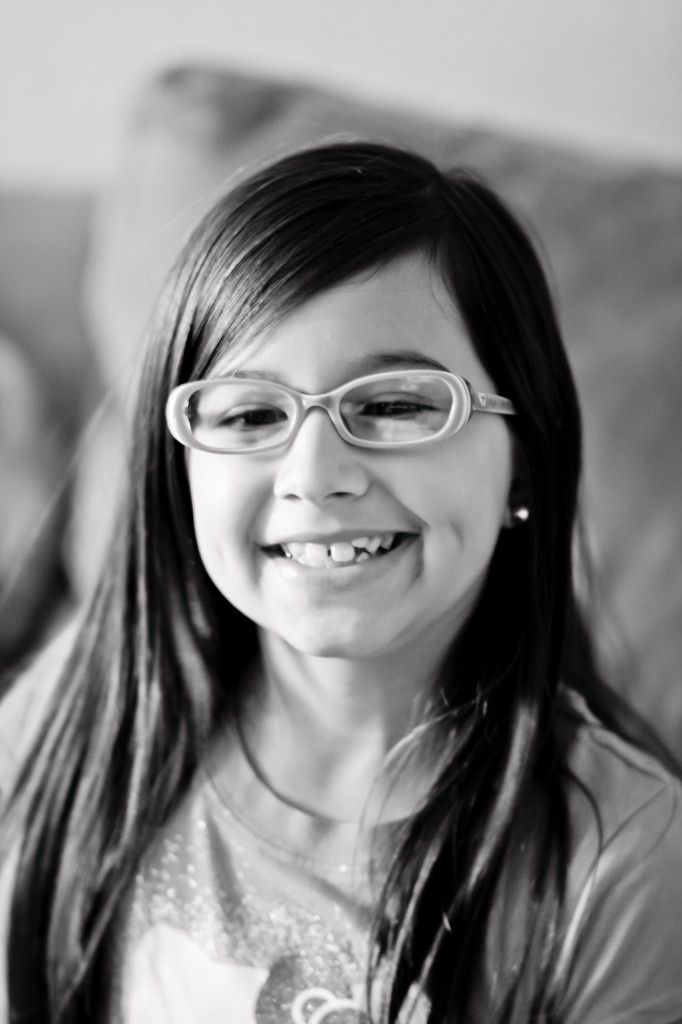 This was her reaction when she watched TV with her glasses for the first time. “Everything looks so clear!” She said in amazement. Yes, I cried. 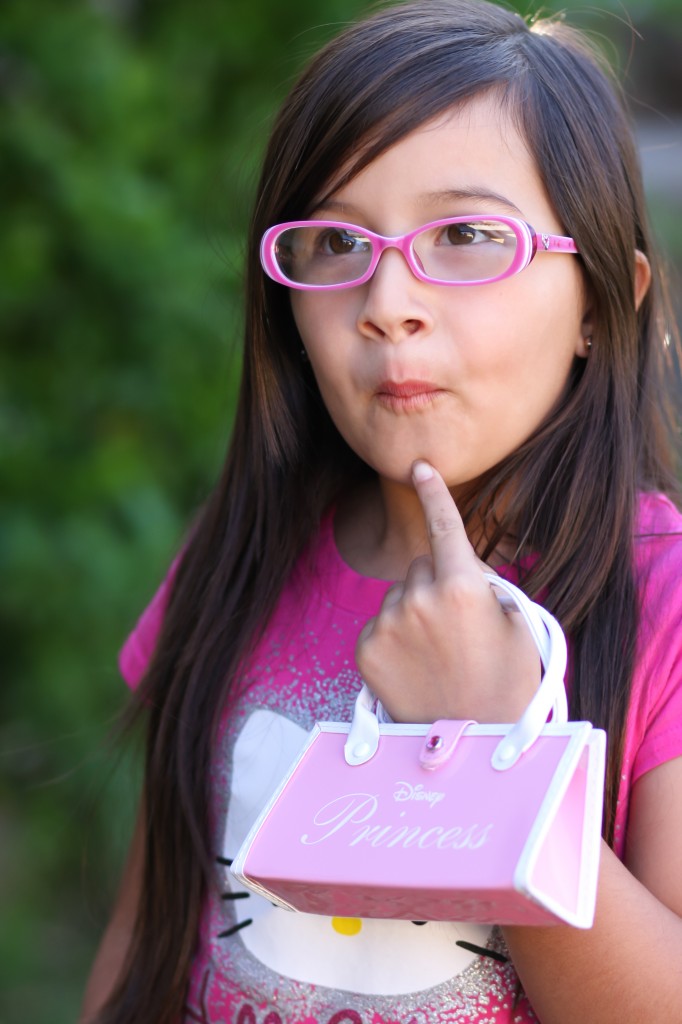 11 thoughts on “Gabby and the Pink Princess Glasses.”