My son Ethan started playing basketball when he was three years old. It was the sweetest thing to watch that little guy running up and down the court, trying to dribble the ball, trying to make baskets. He fell in love with the sport and became passionate about it. 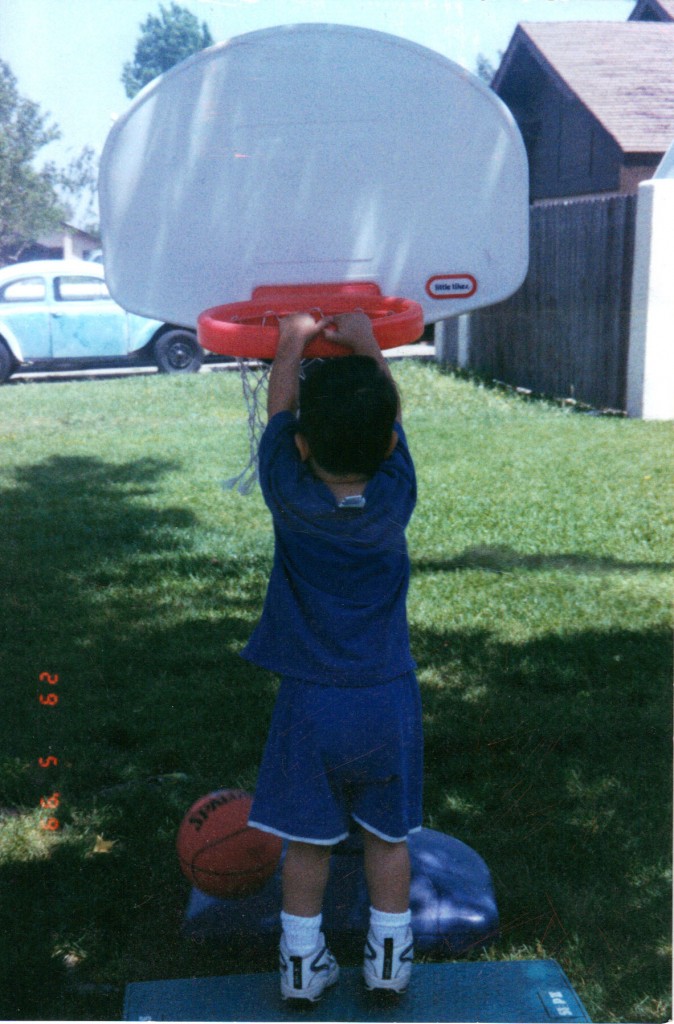 Even at that young age, he would spend hours practicing putting the ball into the basket. All day, every day. As he got older, his love for the game never faded but only grew stronger. He started to develop his skills and became what coaches considered a good player. His specialty? The 3 point shot.

It was a thrill for me to watch my son improve every season, to become really good at something he loved so dearly. Basketball was his passion and it showed in the way he played on the court.

When he entered middle school, the thing he was the most excited about was trying out for the basketball team. He made the team both years. The 8th grade team went undefeated and he was so proud. All he could talk about was how good their team was going to be in high school.

He tried out for high school ball in the summer and made the summer team. He was thrilled to learn he’d be a starter. He did well offensively, but struggled a bit defensively. But, he kept pushing himself to get better. He never missed a single practice or a single game. He made the team for fall and secured himself as one of the starting five players. He shined during his first freshman tournament, scoring seven 3 pointers in one game, only missing one shot. It was EXCITING to watch him out there, nailing shot after shot, watching the crowd cheering and getting more excited with each made shot. When the game was over, he had scored 29 and was awarded the award for Player of the Tournament. 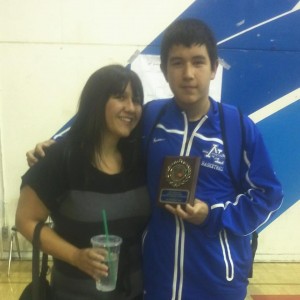 He had a fantastic freshman season. I can’t tell you how cool it was to hear the other coaches yell “he’s the shooter!” I’d be like “DAMN RIGHT HE’S THE SHOOTER.” He was a team player all the way around and just so much fun to watch. I couldn’t have been more proud of that boy. 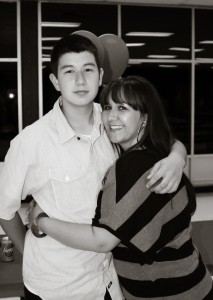 This year, he made the JV squad. He was excited to start a new season with his teammates. The day of their first pre-season game I asked him if he was going to be a starter. “Probably not, Mom.” He replied. He said there were kids on the team that were better than him, so he didn’t expect to start. He was fine with that and I was fine with that. I mean, I know what my son is capable of, but if there were better players that would help them win games, I totally get it. Ultimately, it’s more important that the team win than my son start, right?

My family came to the game, and there were a lot of friends there. We were all totally pumped up! First quarter passed, Ethan got no playing time. Second quarter, still no playing time. Third quarter? Nothing. Nada. Game was over, my son never left the bench. I was upset, because I knew he was going to be upset. Not in a “I deserve to play” way, but in a “basketball is my passion and zero playing time crushes my soul” way.

, but swore to myself that I wouldn’t say a word to Ethan about it on the ride home. This was between him and his coach. Personally, I thought his coach was crazy to not use Ethan, but, again, not my battle to fight. The very next practice, Ethan made me proud yet again by pulling his coach aside. “What can I do to earn my spot?” was what he asked. Not “Why didn’t you play me?” but “tell me how I can earn playing time.” (Love. That. Boy.) His coach told him to keep working on his defense.

My son was devastated. And as his mother, I began to worry about him. His confidence was shattered. I spoke with him about it and told him to keep working hard, to not give up, to play hard anytime he was given playing time. I told him to keep a positive attitude towards his coach and his team. “There is a lesson to be learned here, Son.” I said. Even though I had no idea what the lesson was. Seeing him so utterly wrecked was hard to handle. When other parents would approach me after games and ask why the coach wasn’t playing Ethan (because they knew what he was capable of) I’d get choked up, fight back tears and just shrug my shoulders. “I don’t know.” I’d say. I wanted to talk to the coach, but I knew that would be the wrong thing to do. (But don’t think I didn’t cuss the coach out IN MY MIND.)

Two weeks ago, Ethan’s team played one of the better teams in our league. We were getting beaten quite badly, so, coach put Ethan in the game during the second quarter when we were already down by 20. Ethan took their shooter defensively and shut him down completely. He didn’t score a single point while Ethan was in the game. It was super obvious how great his defense has gotten. The varsity coach happened to be at that game. Later that night, Ethan got a call. He was smiling from ear to ear. “Yes, sir. Thank you, sir.” I overheard him say. When he hung up, I asked him who it was. “It was the Coach F.” (The varsity coach.) “He said I played great defense, that he noticed how much I’ve improved. He told me to keep up the hard work.” I was relieved that he had noticed but more importantly, that he had taken the time to call my son. He had absolutely no idea ho much my son needed those encouraging words.

Yes. It happened. My son was one of the starting five players. 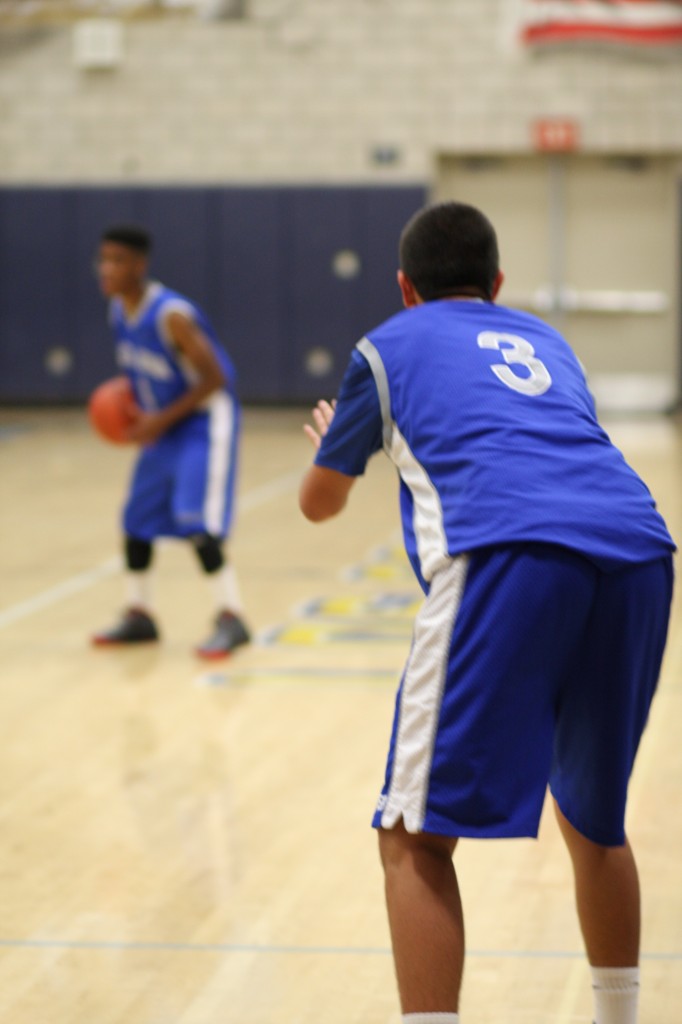 I took a deep breath and fought back tears because my son freaking earned his spot. He worked hard, he never gave up and oh my God, he earned a starting spot on the JV team. 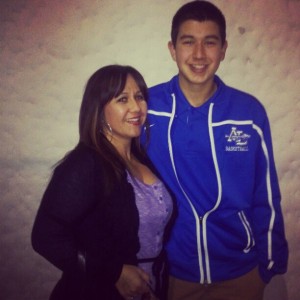 On Tuesday, he started for the third time. He was pumped up, like he always is at game time. When coach pulled him out, they were winning. He didn’t come back into the game until they were down by 10 points. I know my son and he wanted desperately to win that game, so he came in aggressive. During one play, he jumped up to grab a ball that was heading out of bounds. I watched my son jump into the air, get a little push from another player and come down with such force, that his head slammed into the ground. The sound of his head hitting echoed in the gym and a sound came out of me that I can’t explain as I watched my son hit the ground and black out. He wasn’t moving, the crowd was completely silent. I screamed from the depths of my soul and then covered my mouth with my hand in shock. I wanted to run down there to be with him, but my husband beat me to it. I just stood there, saying “oh my God oh my God oh my God” while trying to breathe. He laid there, not moving and then, suddenly, he moved just a bit. I couldn’t believe what I had just witness or that this was actually happening. I had no idea if my son was going to be okay. I’m not exaggerating here, it was bad, a nightmare before my eyes. I was frozen with fear. Another mother who was sitting next to me kept telling me “he’s okay, he’s going to be okay, he’s okay” over and over again while her hands trembled in fear for him, for me. There was nothing I could do except wait to see if my son was going to be able to get up. He eventually got up and everyone cheered as he walked back to his seat. I could see he was dazed. I walked over to him and told him as soon as the game was over, he was going to the hospital.

After the game, parents were coming up to me saying how scared they were. One of his teammates said “I was so scared, I thought he was dead.” Everyone agreed I needed to take him in for observation.

My husband took him to urgent care while I stayed home to do homework with Gabby. I texted non-stop. “Have you seen a doctor yet? Is Ethan okay? Don’t let him go to sleep! How does Ethan feel?”

He finally called to tell me that they said “he seems fine. Give him something for his headache.” And I was all “did they check his pupils?” And he was all “No?” And I was all “ARE YOU F*CKING KIDDING ME? TAKE HIM BACK RIGHT THESE SECOND TO SEE ANOTHER DOCTOR.” And he did and came home and said THE SECOND DOCTOR DID NOT CHECK HIS PUPILS OR DO ANY KIND OF TESTS WHATSOEVER. He literally said “well, he’s not throwing up or slurring his words, so he’s fine, but if he starts throwing up or slurring his words, be sure to bring him back right away.”

That night, I did not sleep. I woke my son up every two hours. And then, first thing in the morning, I called my doctor and told him what had happened and how he did NOT get a proper examination by the doctors at urgent care. After listening to the facts, he asked me to bring Ethan in right away so he could check him.

Turns out, my son had a concussion. Because of COURSE HE DID, asshole Urgent Care Doctors!!

And then, the doctor said it.

“No sports or any type of physical activities for at least one week.”

There are only five more games left in the season and he will miss at least two of them.

He’s worked so hard to earn his spot and this happened. He’ll no longer be able to practice or do the one thing that he loves, possibly for the rest of the season. I keep asking myself “what is the lesson now?” The only thing I can think of at the moment is “Sometimes life sucks. Deal with it.”

Hard work sometimes goes unnoticed, but that doesn’t mean you should quit or give up on your dreams/goals. It means you should work harder at bettering yourself, no matter what. Even if he doesn’t play another game this season, my son can hold his head up high knowing he earned a spot by working hard and ever giving up on himself or on his team. As tough as it was to watch my son struggle, I’m grateful for the valuable life lesson he learned from the experience.

Most importantly though? I’m grateful that my son was able to walk away from that horrible fall and that he’s going to be okay. My God, that was terrifying.