This is a true story that happened just now.

An old friend of mine sent me a message on Facebook just now. It started out like this:

“So, my husband has been telling me he sees a picture of you in some warehouse on his route…”

I instantly felt afraid because, SAY WHAT?

“today he talked to the owner and found out the story. The owner is the guy who bought your old house and found stuff in the attic. He took it to work to throw in the dumpster and the Mexican workers found the picture and dug it out of the trash and hung it in their warehouse where they eat lunch. Funny huh? It’s a pick of you and 3 other women in a bathroom mirror.”

I wrote back and sent the photo I suspected they had HANGING IN THEIR LUNCH ROOM. (WTF?!)

“Yes! That’s it! I guess they enjoy the view while they eat lunch. Too funny!” 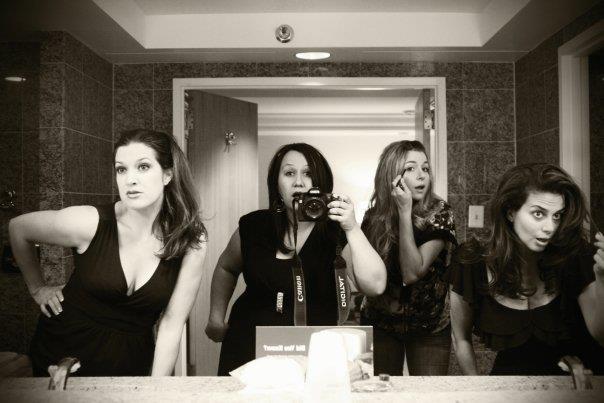 I’ve been told this is one of the most awesome photos I’ve ever taken. I guess the guys in the warehouse on 8th street would probably agree.

13 thoughts on “This Is The Weirdest (Greatest?) Thing That Has Ever Happened in My Life.”